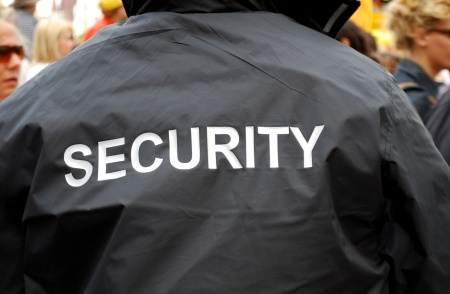 Generally, security guards are either armed or unarmed. That means they either carry a gun (or some other weapon) or they don’t. When do you need armed vs. unarmed security for your event?

Armed guards have taken the time to be licensed to carry firearms. They’re trained on how to use them. You’d want armed guards for an event which involves money, jewelry, artwork or expensive items that would attract robbers. Armed guards also make sense when a celebrity or someone rich and famous and well-known is attending your event. Anytime there’s a lot of money involved, armed guards are the way to go.

Unarmed guards work well for events where you don’t expect criminals to try and come around and cause trouble. If you’re having an event that wouldn’t attract a criminal element and/or people prone to violent outbursts, it would make sense to hire and utilize unarmed guards. Say, for example, you were throwing a work party– this is the kind of situation where you would want an unarmed guard watching over the event.

Armed guards often end up in public areas where there’s the potential for gunfire in a crowd. One of the nice things about armed guards is that they often come from a military or law enforcement background, so they have the experience and “the look” to deter perpetrators.

Of course, other things to consider include the size of the event– how many people are attending as well as how much space/ground needs to be covered, as well as the time (day or night), the location/venue, and the overall atmosphere. If a crowd is expected to be drunken and unruly, armed guards are better than unarmed ones, for sure.

LawDog Security of Chicago supplies both armed and unarmed guards for jobs both big and small. Call 773-233-5742 to discuss your upcoming event and figure out whether you’d want armed vs. unarmed guards at it. You can also use this page to contact LawDog via email: https://www.lawdogsecurity.com/contact-us/

I liked that you mentioned unarmed guards will work wells for events like work parties. My husband is planning a corporate event, and we are looking for advice to hire security guards. I will let him know about your recommendations to help him choose the right security guard company for his event.

Certainly, and feel free to have him reach out to me directly so that I can assist him in that part of the planning phase.

You mentioned that if you are throwing an event where you don’t expect burglars to come around, it would probably be a good idea to hire unarmed security. My sister is in charge of hosing a big event, and wants to make sure everyone stays protected while there. I will have to ask her if she has thought about hiring unarmed security.

« Surveillance: A Key to Solving – and Preventing – Burglaries
Examples of Car Insurance Fraud »