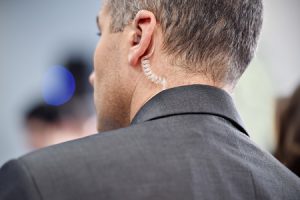 If you hear the term “bodyguard” you’re apt to remember the movie, The Bodyguard, from 1992. Not only was that movie known for Whitney Houston’s huge hit songs, but it also brought the term ‘’bodyguard’’ into the mainstream. In the movie, Kevin Costner starred as a former Secret Service agent-turned-bodyguard hired to protect Whitney Houston’s character (a music star, naturally) from an unknown stalker. The pair fell in love, which doesn’t typically happen in real life– but, hey, it made for a good Hollywood movie that people loved, right? The film made $411 million worldwide, helping put the words “the bodyguard” on millions of people’s lips back in ‘92 and ever since…

But now back to the real world. How do you come to the realization that you should hire a bodyguard?

Caught in the Public Eye

Ask yourself this: “Am I in the public eye? Am I a celebrity?” If so, you should travel with a bodyguard who’ll protect you from stalkers. Whitney Houston, in both the movie and real life, needed a bodyguard because she was famous and people were obsessed with her. If you’re on TV, on the radio, and sharing your thoughts and opinions with the public, chances are some people are going to either “love you too much” (stalker) or “hate you” (possibly wanting to do you harm). In that case, a bodyguard is invaluable.

Working Under a High Level of Scrutiny

There are other forms of celebrity that aren’t music or entertainment-based… for example, politicians, rich business CEOs, and people charged with doing certain crimes (and their lawyers) may all need protective services if and when they’re dealing with the public. Again, some might want to stalk them, and others might want to harm them.

Bodyguards are good at crisis intervention, crowd control, and defending themselves and the people they’re paid to protect. They also take time to learn all they can about itineraries, transportation routes, and venue risks. All in all, a good bodyguard serves the person they protect in many ways, even doing some simple things like running errands during “down time.” But, when “push comes to shove,” they’re there to make sure the person or family they’re protecting stays safe. And that, inevitably, brings peace-of-mind.