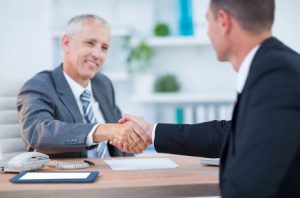 First off, consider the executive’s current day-to-day job. Do they come into contact with people who are against them in any way, for whatever reason? Do they travel to places that could be considered dangerous? Is there a history of attacks on them? Are they a very private person or do they live their lives quite publicly? What kind of risky situations do they put themselves into and/or find themselves in– situations that may require protection?

Next, if an executive is determined to be the target of nefarious schemers who want to cause trouble, executive protection officers can help protect him or her from the bad guys. Sometimes executives will want to refuse protection, thinking they don’t need it, but if others around them see the need, the executive should relent and allow a security detail to help them.

Executive Protection Officers today not only physically protect executives, but may also be called upon to deal with their personal and work devices, making sure they’re secure. These items include smartphones and  computers. Cyber attacks against execs are on the rise.

They can also help executives by suggesting that they don’t all travel together at the same time in the same vehicle. They can also advise their clients to use temporary “loaner” devices when travelling, so they’re not bringing along phones, tablets or laptops that contain sensitive data that could be stolen.

In some ways, executive protection officers are to executives like guardian angels are to people– there to watch over and protect them. In a world that’s increasingly violent and mean-spirited, executives would be wise to surround themselves with able-bodied protectors who can keep crazy people away from them.

In the Chicago area, protection officers for executives can be hired from LawDog Security. Please contact them at 773-233-5742 for more information.