Six-plus figures, being the boss, owning your own company, good life, right? Not always. It’s important to keep in mind that a paycheck like that also comes with its own set of risks and burdens. 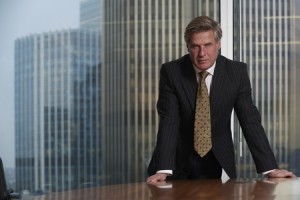 Have you ever let an employee go? Promoted an employee over another who was angry about it? Been in a meeting where someone seems on the verge of losing control?

It’s not just paranoia. It’s not just in the movies. It’s happening to people every day. According to the Bureau of Labor Statistics Census of Fatal Occupational Injuries, 403 of the 4,679 fatal workplace injuries that occurred in the United States in 2014 were workplace homicides.

“It happens to other people,” you say. Yes – but chances are they said the same thing before it happened to them. For example, its likely Steven LaVoie never expected a bullet, and it cost him his life.

You might recall the news stories back in July 2014 when a disgruntled colleague – and former friend – shot LaVoie in ArrowStream’s 17th-floor offices on LaSalle Street right here in the Loop. Tony DeFrances, armed with a 9mm, arrived in his boss’ office for a meeting in the aftermath of a demotion during a company downsizing. Police said DeFrances pulled the gun and the pair struggled over it before DeFrances shot LaVoie twice, and then shot himself in the head, according to Tribune reports.

LaVoie fought for his life for more than two months, but died of his injuries in October 2014.

It’s not always that complicated of a situation, though. Many no doubt remember that Donald Trump canceled a rally right here at UIC when supporters and protesters clashed. We’re not in the business of political predictions, but no matter what happens this political season, there will likely be unrest.

LawDog Security is the shield between you and tragedy, watching the world so you can focus on your business. Our VIP & Executive Protection services can include bodyguards, armed escorts and drivers, dignitary details, celebrity protection and more. Our team includes off-duty and retired police officers, and we can be available around the clock. We can be mobile and at your location on very short notice, and we can stay with you for as long as you need.

We understand that situations you face can be very stressful and unique. Our experts are selected to ensure that you feel as comfortable with them as possible. We want you to not only feel safe but to feel at ease, and you can trust that we will provide you with the dependability, integrity, professionalism and respect that you deserve. To learn more about our VIP and executive protection services, give us a call today at 773-233-5742.

« Doing Due Diligence: Ensuring Your Business Partnerships Are Trustworthy
Be More Aware with Warmer Weather »